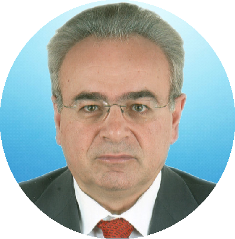 President of the Board

Elias Samaras, President of the Board is a seasoned entrepreneur with an excellent record of leadership in various profitable companies in the field of medical and security technology. Elias Samaras is the Chief Executive Officer and President at EuroSite Power Inc. since June 8, 2015. He won large scale high security projects, such as the production and Operation of the US passport. He was the Founder of Digital Security Technologies S.A. and served as its President and Managing Director. He has been a Director at American DG Energy Inc. from February 2015 to December 2017.

Elias Samaras holds a Master of Science degree from MIT, a Master of Philosophy and Doctor of Philosophy from Columbia University in New York City and an OPM from Harvard Business School. He was a Professor at Columbia and Princeton Universities for a total of eight years.